For years e-commerce has revolutionized everyone’s habits, for example, the world of physical stores. People, enticed by comfort, service and more competitive prices, increasingly decide to rely on online marketplaces that, in turn, increase exponentially and they are structured to offer more and more services and using marketing strategies that entice the user to buy.

Among all, the one in strong growth is fashion e-commerce. Being present almost from the birth of online stores, the clothing sector is one of the most structured and with the largest number of competitors. So much so that even the largest clothing chains have had to adapt to the market and create their own, both to grab a slice of market share and don’t let others take their place.

In our research, we’ve focused on analyzing the online conversations of Italian users regarding fashion e-commerce, then examining the socio-demographic characteristics of the latter sampled audience and reviewing the differences between the various competitors with particular reference to Shein.

We’ve analyzed the conversations about fashion e-commerce with reference periods between 20 June 2021 and 20 July 2021, a significant period given by the start of the summer sales around the beginning of July. What we’ve noted from the conversations is that there are large volumes as well as a preponderant state of dissatisfaction mainly due to delays in delivery, loss of parcels, disproportionate increase in shipping costs (caused by the increase in online purchases due to the pandemic) and the malfunctioning of the sites. 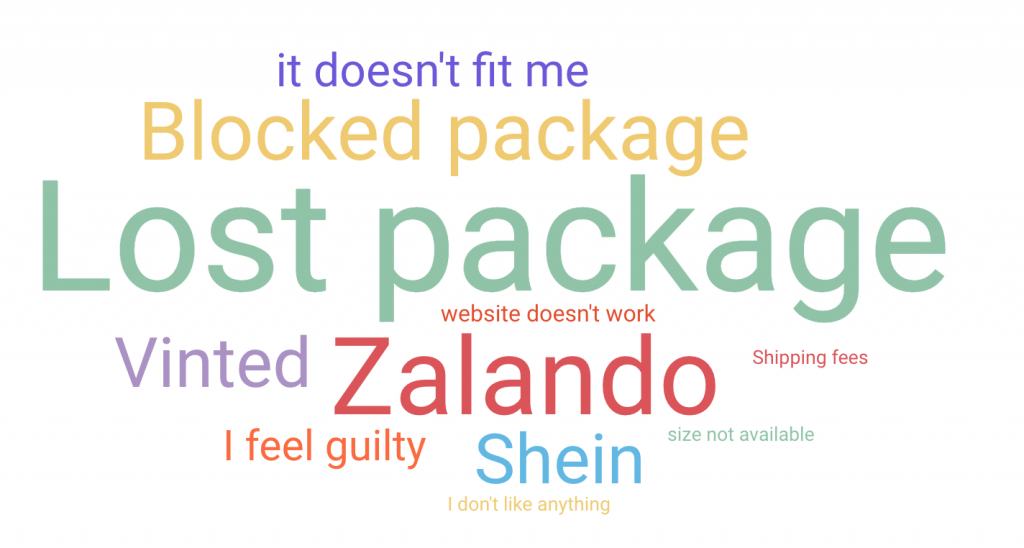 Once we’ve examined the conversations we’ve seen who and what are the characteristics of the users who most like to remake their wardrobe. Among all the female audience is the most active and interested in online shopping, in particular, the age group between 18 and 34 yo.

On average, their level of education does not go beyond high school, their main interests are obviously shopping, fashion but also food and beverage.

The most desired objects from the majority of the audience are clothing, shoes and, having e-commerce a high possibility of customization, many are the gifts to give as a present to their loved ones.

As we said at the beginning of the article, the world of e-commerce has existed for years and has always been growing strongly. In these years this evolution gave birth to several new “commercial” figures, including influencers who, with their reputation and influence, set the fashion trends affecting the choices of users.

In fact, in the consumer conversation, we’ve found some of them well present, such as Chiara Ferragni, Gigi Hadid, Kanye West, Kim Kardashian.

Now one of the most important questions: What are the users’ favourite e-commerce?

What we can see from the most popular conversations are: Zalando (that), with its wide range of products and excellent customer care, stands out among all; then we find two big names in the fashion industry: H&M and Bershka, which have been very efficient at adapting to trends and the transition from physical to digital.

Among the most appreciated brands are: Louis Vuitton, Versace and Gucci.

Everyone goes crazy for Shein! The Chinese fast fashion platform, founded in 2008 by Chinese Chris Xu, managed to surpass even Amazon for the number of downloads of its app.

The “Tiktok of e-commerce“, nicknamed so for the volume of views to posts on the Chinese social application, amounted to 12.2 billion and because it’s used mainly by the so-called generation Z, has gained all this fame thanks to ridiculously low prices and especially to the wide range of items available.

Yes, because the main feature of the company is to have further revolutionized the fast fashion industry, taking it to a next level: ultra fast fashion or, as some call it, the “real-time retail“.

Using algorithms and data analysis to intercept trends on the internet and social media, Shein manages to produce a new collection in times never seen before (we talk about 3 days maximum a week).

The idea was to focus on the digital and the speed of Chinese manufacturing to conquer the European and American market without passing by intermediaries (unlike the main competitors: Zara, H&M..) thus reducing costs.

Obviously all that glitters is not gold, our analysis shows that the sentiment of users about Shein is largely negative especially because of the long waiting times for shipping, lost packages and the choice of sizes. 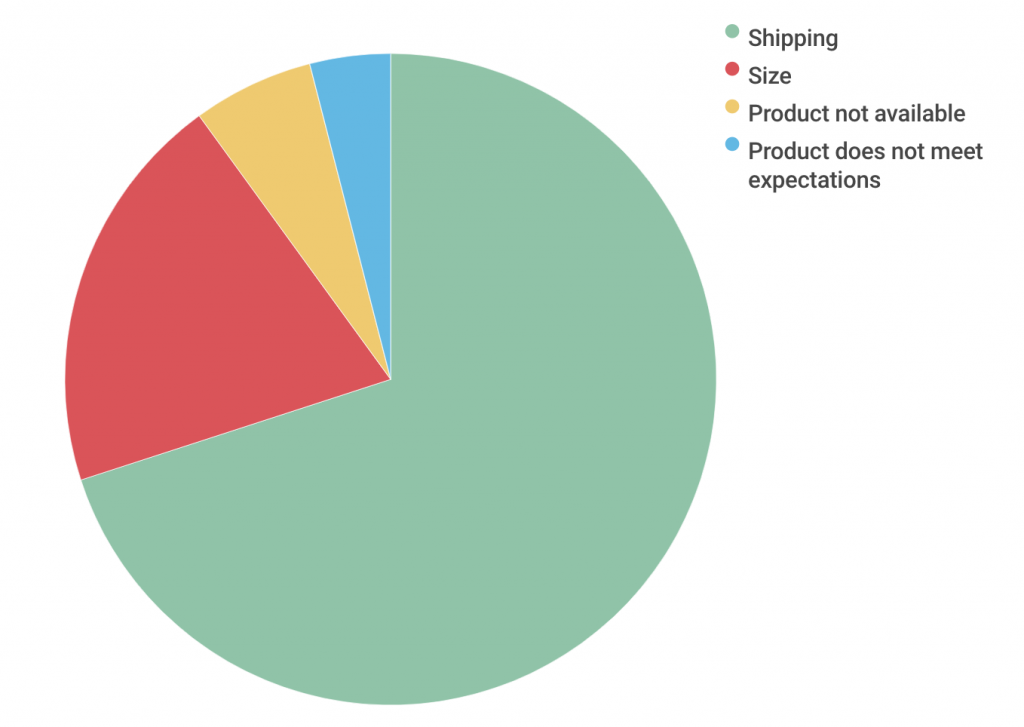 But it doesn’t end here, because the Chinese company has received a lot of criticism for the way it encourages unbridled shopping and “short-term” fashion, the so-called consumerism, as well as for the ethical impact inherent in the exploitation of child labour.

Despite this, the company doesn’t seem to be affected in terms of revenue and turnover: this year is the eighth year straight that the company has grown more than 100%.

But what is the profile of Shein’s audience? What emerges from our analysis are people with a strong propensity to risk, with a strong artistic sense, very emotional and gifted with creativity.

The advent of the pandemic has contributed a lot to the growth of Shein, increasingly reducing the margin with its direct competitors (Zara, Uniqlo, H&M..) which, unlike Shein, have been very penalized by restrictions and costs of physical stores.

KPI6, through its artificial intelligence software, is able in real time to elaborate and carry out analyses on brand reputation, competitive intelligence, trend detection, audience analysis and much more.

For further insights and to know how brands can benefit from it, we invite you to download the full report in the link below.

In addition, if you would like to have proof of all the potential of the software, you can book a demo with one of our experts who will show you all the features of our suite.

Fill out the form to download your copy today.