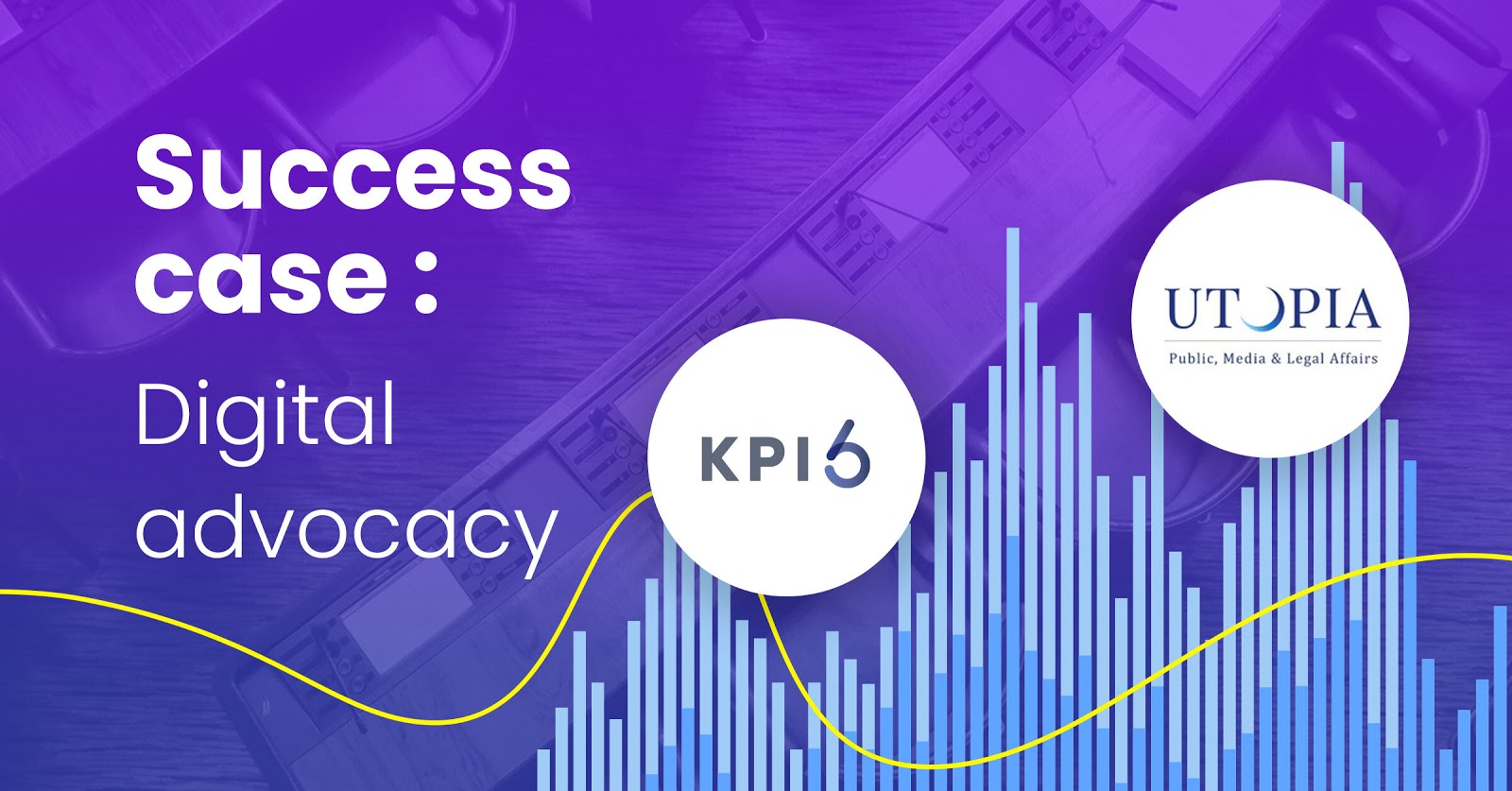 The success of a company is measured by the success of its customers and the relationship with them. As experts in online listening, we wanted to listen live in our customers, giving voice to them, interviewing them, and telling each other through their own successes.

A new line of KPI6 articles begins: the Success cases, the story of our customers, their successes, and their job challenges.

Let’s start with digital advocacy and digital lobbying: how UTOPIA has left a mark in this sector and how Digital Consumer Intelligence‘s technologies have helped to achieve its customers’ goals.

UTOPIA is a leader independent consulting company in the integrated activity of Public, Media, and Legal Affairs. It is composed of four Business Units that offer a wide range of professional services, such as Institutional relation and Lobbying, Communication and Media relation, Digital Affairs, Legal and corporate affairs, thanks to the work of 50 professionals with relevant experience in the field of institutions and politics, law and economics, communication, and journalism.

We talked to Axel Donzelli, Head of UTOPIA’s Digital Affairs unit, which operates in an integrated and transversal way with public affairs and communication activities.

Thanks to the use of multiple tools and languages, UTOPIA is able to take its customers into the digital world, thanks to proven experience in developing tailor-made methodologies, creativity and in-depth knowledge of channels and digital codes, through the use of a digital narrative.

UTOPIA is an innovator in this field: it has innovated the lobbying sector, integrating digital technology into the collection and analysis of information in the political field.

And that’s where KPI6 comes in!

In fact, as Axel Donzelli told us, the need to adopt a Digital Consumer Intelligence tool arises from the desire to innovate a sector that for decades has been based on traditional monitoring activities (like for instance just analyzing the documentation issued by the Parliament or Senate).

“In the last 3 years, we have projected ourselves towards the integration of new tools that have allowed us to have a broader view of politics-related information.”

UTOPIA has thus understood to support traditional monitoring activities (such as decrees or any parliamentary act for example) with that of social networks and online conversations.

“Ever since politicians started using social media frequently, we understood that there was the possibility of finding information that since a few years ago was previously difficult to obtain. Nowadays, thanks to social media it is possible to capture information by relevant stakeholders, which express a certain political orientation, an opinion about a specific issue, or in some cases even anticipate the next political vote.”

This information has enabled Axel and its team to enrich the data that was traditionally analyzed in their industry, giving a clearer and more precise picture of the phenomena, which will then be shared and discussed with the public affairs team to define tactics and strategy for action.

All this was possible thanks to the meeting with kpi6. There are many factors that have led our worlds to come into contact and work together, including UTOPIA’s interest in investing in an Italian start-up, in order to have a high-profile tool, useful to their goals,  that has been completely conceived in Italy.

Very interesting is the use that UTOPIA makes of the platform. Compared to commercial Industries, it uses the machine for a real Intelligence Analysis. For example, unlike fashion, food, or FSI brands, digital advocacy and lobbying are less interested in user interaction (such as comments).

They need to map what is published on the Facebook and Twitter profiles of politicians, parliamentarians, senators, in order to be able to trace their connections.

How is this intelligence applied? How is it possible to use social media big data and provide useful insights to the interlocutors of Institutional Relations and Lobbying?

Axel Donzelli gave us some examples:

“Every week, through KPI6, we provide a weekly briefing containing a range of information that gives our clients an overview of what has been discussed, and how, during the week by politics and the media.  In some cases we anticipate issues that are likely to be at the centre of the political agenda.”

In their weekly briefing, they dedicate 4-5 slides analyzing some of the previous week’s debates on social media and the orientation of politicians, journalists and some stakeholders (people or organizations) in this regard.

Important in this case is the possibility to get a list of who discussed more about it, the politicians ‘ point of view, the most used words (wordcloud), the sentiment on that particular topic, etc..

For example, one of their latest briefings provided an overview of how the government has dealt with the COVID19 emergency.

A very useful information digest for all clients and partners of UTOPIA,  in order to be always updated about news, changes, and sensitive issues in their sector.

“In some cases, we elaborate more detailed reports, depending on the client’s needs. For example, recently, in collaboration with our Brussels based team, we had to analyze the EU Green Deal (a set of policy initiatives by the European Commission, with the overarching aim of making Europe climate neutral in 2050), an important pillar for the future of the European Union.
It was crucial for us to understand the orientation and sentiment of the politicians representing the different parliamentary political groups about these measures, by analyzing their pre and post Covid-19 conversations.
Analyzing the data, we realized that the different positions expressed during the months under consideration, traced changes in position that we had also found on the public affairs front.
The most important element for our strategies was to understand how the conversations of these stakeholders have changed over time, which actors were the most active on social media, which were the least active, and even which politicians did not manifest an opinion. We managed to reach this conclusion thanks to the use of KPI6.”

“At UTOPIA, we carry the idea that our methodologies and services will increasingly stand out thanks to the digital lobbying and digital advocacy. From a commercial point of view, the use of AI technologies, such as KPI6, helps us both in the implementation of our strategies, and at the same time in our external positioning, characterizing us as the real and unique game-changers of the sector.”

Successes, satisfactions, and goals achieved together, combining the expertise and deep knowledge of UTOPIA, with our technologies, in an explosive data combo.

A “do ut des” that has strengthened over the years the relationship with the top player in Digital Advocacy. 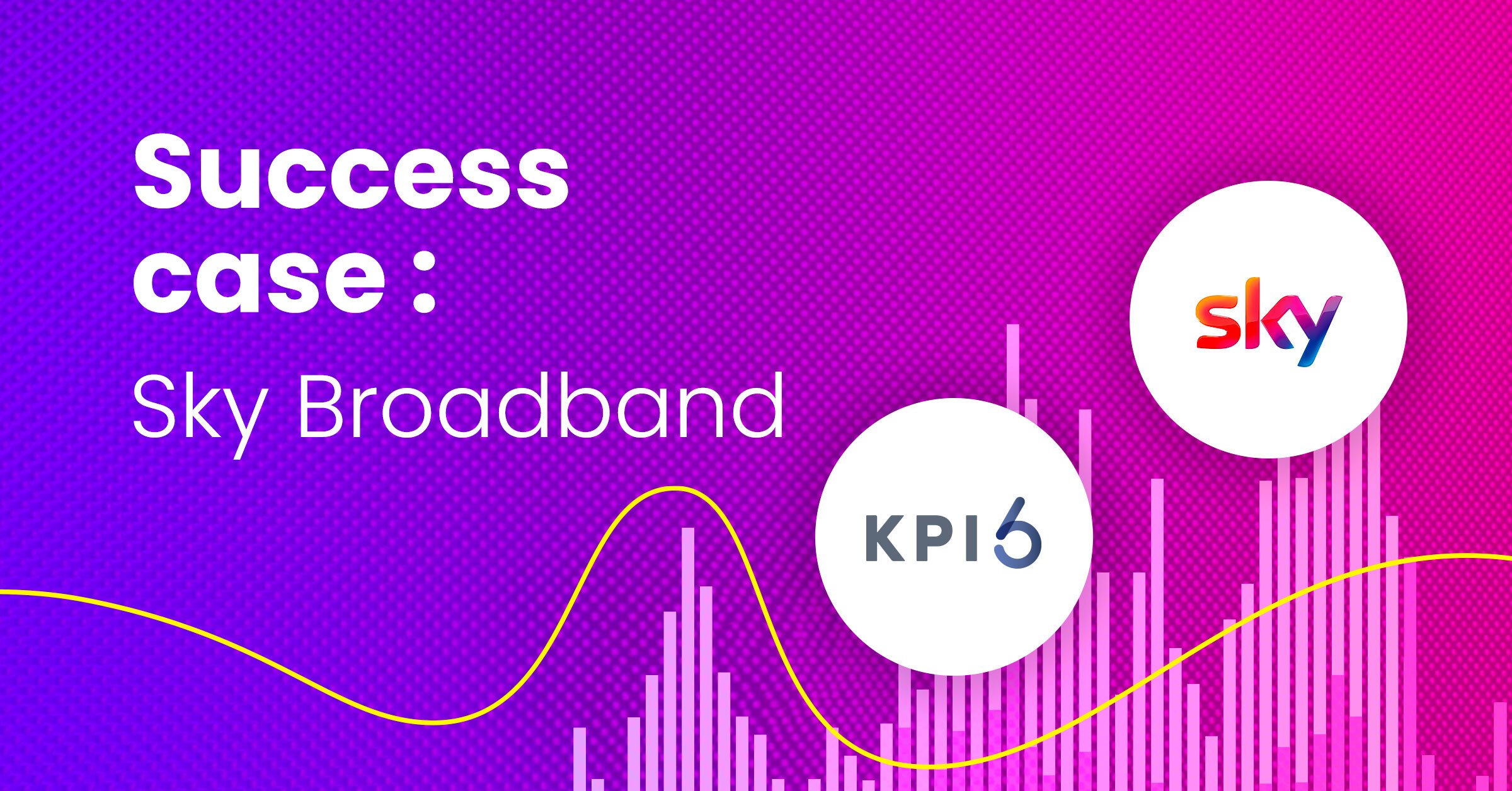 Sky & the launch of the Broadband product: Sky Wifi 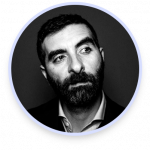